My name is Heidi Viborg, 42 years old, working in the Security industry.
I live in the area of Silkeborg, right in the middle of Jutland, along with my dog Troy, a 4 years old Staffordshire Bull Terrier.
.
Together with Troy, I have trained Rally Obedience for 3 years now.
.
My ambition as team leader for the danish team is to be the one who does her best to ensure, that the whole team has a fantastic trip,  with lots of fun and joy, where at the same time everything is in order. 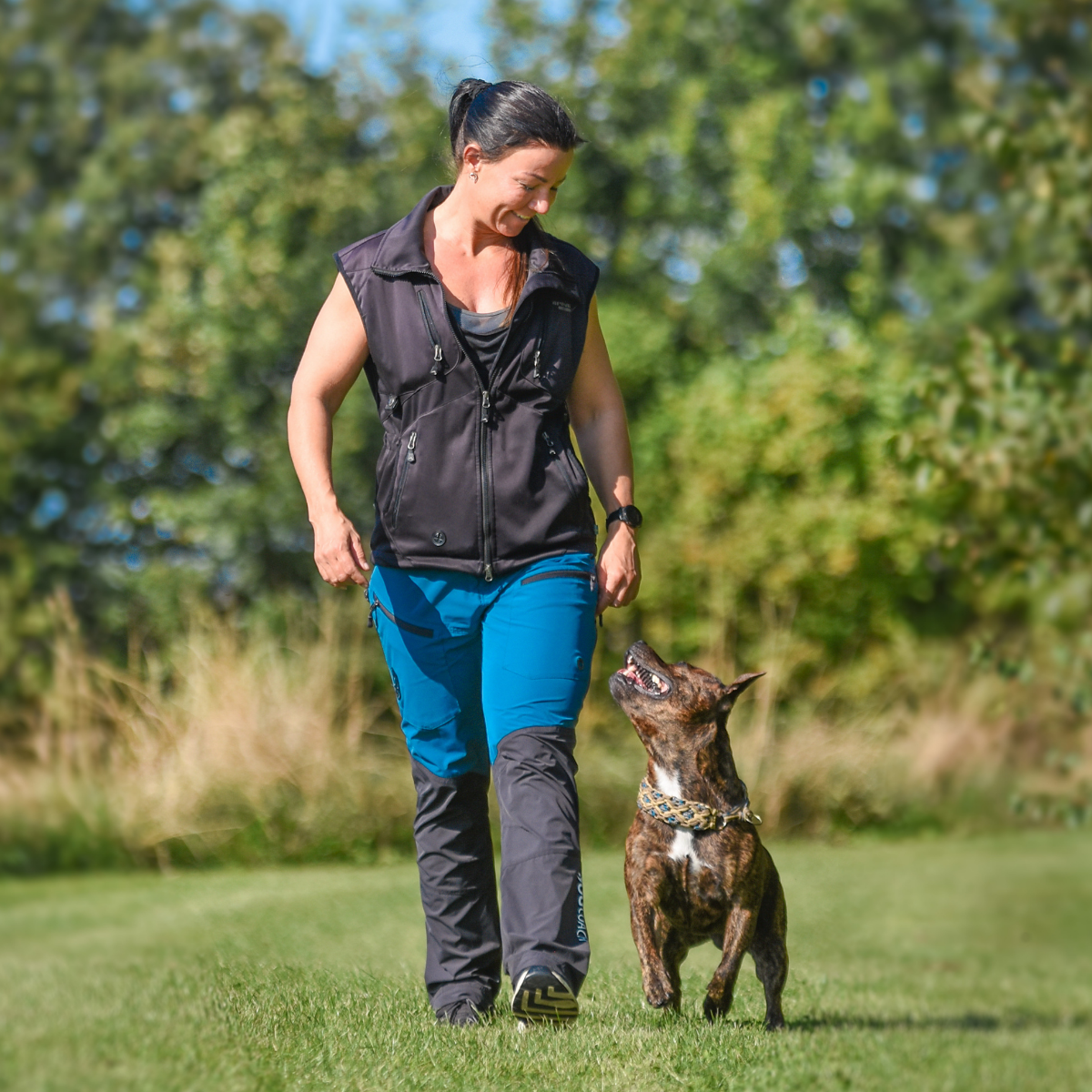 I live on a small farm in Aarhus, with my husband and our two kids and two dogs, a Border Collie and a Danish Swedish farmdog. I work as a Gartner and teaches Rally-o and Agility in a local dog training club.  I like to hike, play and train with my dogs. I have competed in rally and agility for 8 years now. I’m so excited to meet you all and watch some amazing rally.
.
My strengths: I’m committed and serius in my work. I just love to be with dogs and I learn so much from them.
I always try to do better for my dogs.
.
My dog strengths: Archie, my wonderful Border collie is easy, powerful, sensitiv and loves to work. He always does his best.
.
Merits:
Won DM rally beginner 2015. Won DM rally champion 2021. Joined the National team to World agility open in 2017. Joined the National team Nordic rallyclass 2021.

I live north of Aarhus with my husband, our son, our horse and our two Japanese Spitz dogs, Kira and Kira’s daughter Ruby. I grew up with dogs in my life, but Kira is the first dog of my own. We started Rally Obedience in 2014 and have loved it ever since. Life in the “rally-world” has given me some of the best experiences in my life and the best friends.

My strengths: I’m a nerd. I’m reflective, analyzing and detail oriented. I try to always be positive and, see things from different perspectives. When I “hit a wall”, I get up and try again and do it differently. Through the Academic Art of Riding, I’ve learned to always go for the feeling of two becoming one, with both my horse and my dogs. My biggest blessing is the wonderful people and animals in my life, they are always ready to help, and I them.

Kira’s strengths: She is a “one-person-dog”, and if you are lucky to be worthy of her love and loyalty, she will go through fire for you, she always does her best. She loves playing and training, she has a wonderful and loving soul, and she is full of power. She is my teacher; she keeps me on point and tells me when I’m wrong and need to change something – so she is also patient. 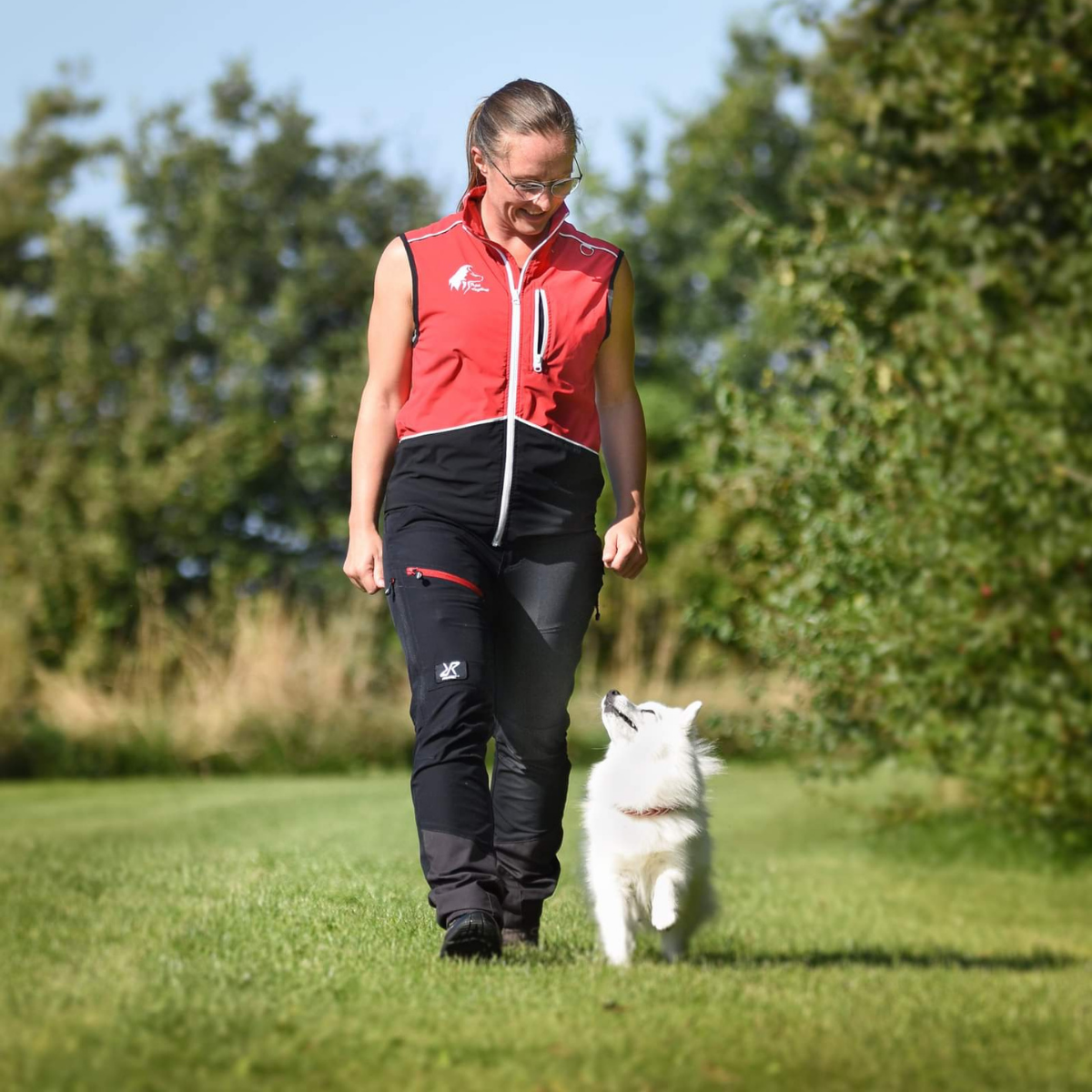 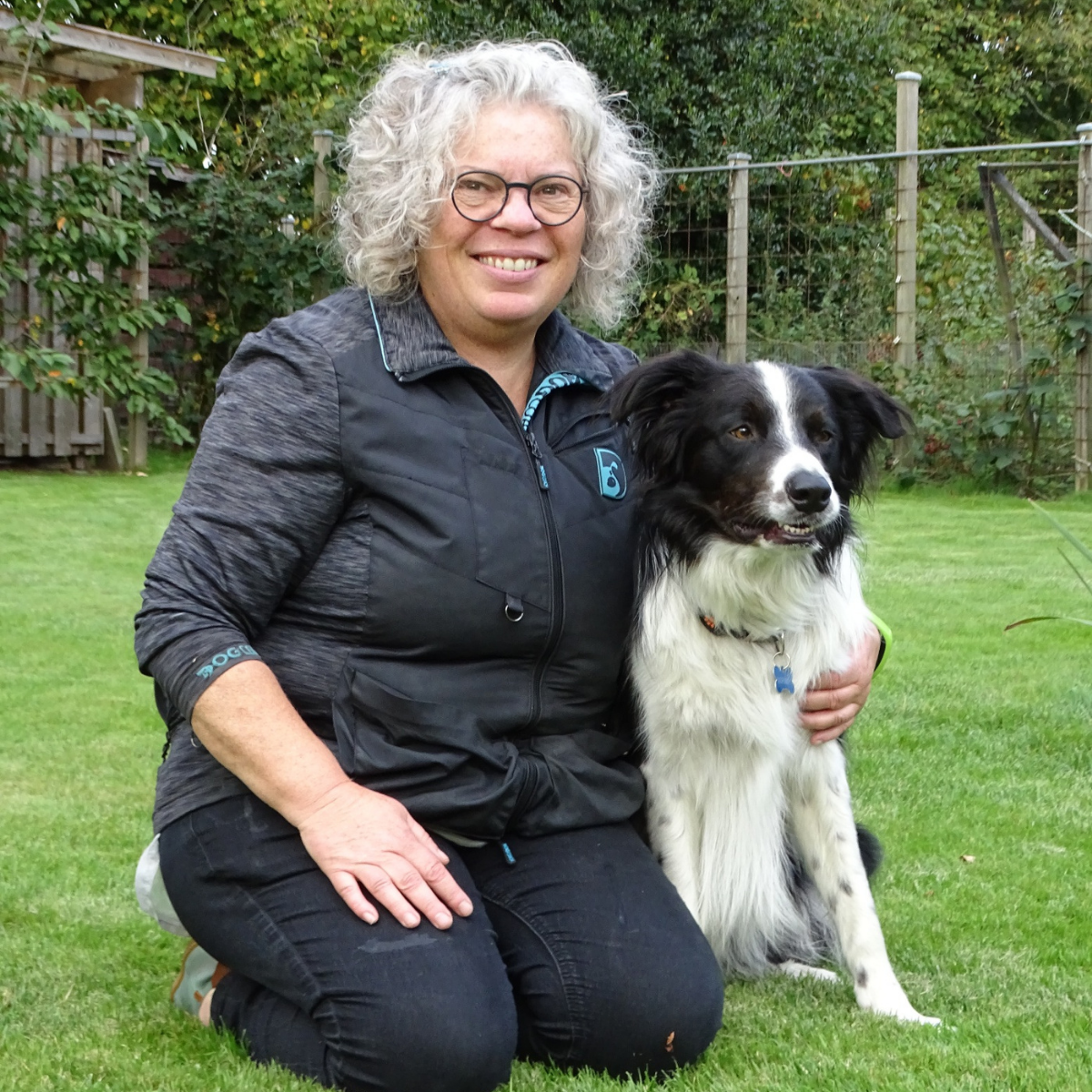 I live in the South of Denmark with my husband Henrik and our two dogs Depeche and Scarlet. I work as an occupational therapist, granting devices to people with impairments. The most of my spare time I spend with my family and our dogs. I also help other dogs and their owners as a dog behavior consultant. My husband is with me on this journey, and he is the best supporter I can imagine❤️   We compete in Obedience and Rally Obedience and my husband competes in Agility with Depeche. Scarlet is one year old and not yet ready for competition.

My strengths: I really love working and competing with my dogs. I feel that I am good at “listening” to what they are saying, and what their needs and strengths are. I like that we are working as a team, and that we both have something to say when we train and compete. I like to work with details and always with focus on understanding my dogs and find out how I support them best.

Depeche’s strengths: Depeche loves working, and he is an easy learner. He will do anything for toy or a ball. He always looks for a way to get a treat or a toy when we are out on walks. He tries again and again an often succeeds  because I can’t resist his charm. His nickname is Goofy as he can be very Goofy-like and silly when fooling around. But shortly after, he can be totally focused and in a Zen state with me. He has a very clear body language which is a great strength of his.

I live right in the middle of Denmark with my husband and my dog Liva who is now 3 ½ years old. I work as a Dental Hygienist and love reading science literature (knowledge is power) This way I am always prepared to help my patients with the best possible treatment plans and guidance for the future. Liva helps me to have fun on a busy business schedule and together we forget all about time and place. We compete in Obedience in Denmark LP, Rally and look very much forward to compete in Hoopers.

My strengths: I love a challenge, pay attention to details, and keep trying to understand my dog and how we can perform in different exercises the best way. Most importantly I just love to be with Liva – she’s my soulmate!

Liva’s strengths: She loves her training, especially the rewarding part 😉  – but also when we just fool around in the garden or take off on a long walk. She always tries to understand what I want from her, in order to get a reward, and she keeps trying and trying until we get it right. I really really hope that I’m her soulmate too …

Our merits: Liva is Danish Obedience Champion. We have qualified to DM twice in Rally and in Obedience. 1st place in Rally Beginner last year and 5th place in Rally Advanced this year. To our big surprise we became 4th in the qualification to the Danish Championship this year thus being a part of the National Team Denmark 2021. 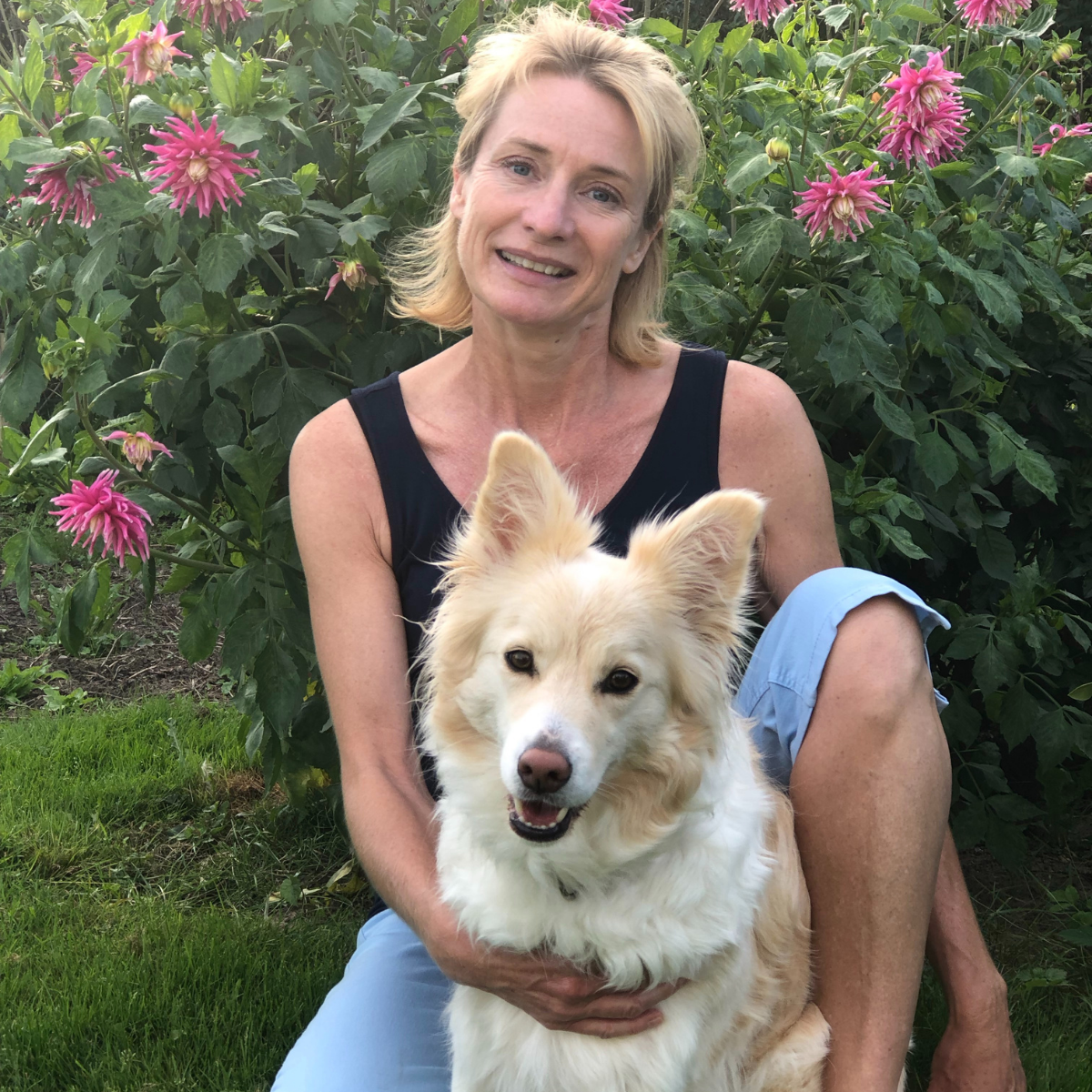 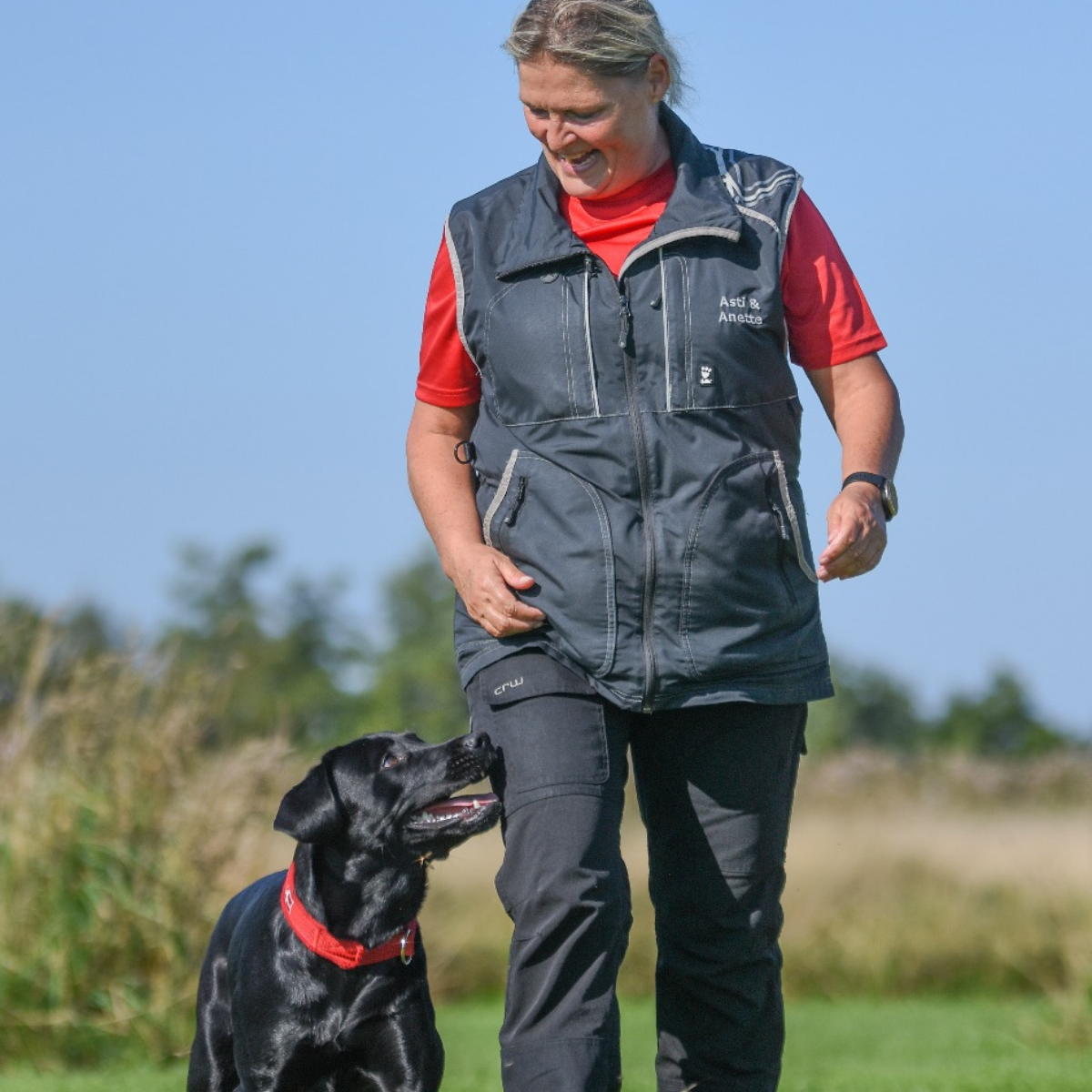 I live with my Husband and Asti, a 4 year old Formel 1 Labrador retriever in small town nearby Aarhus. We have two grown-up Children, who also lives in Jutland. I work at the local school as a teacher in 2nd grade. In my spare time I love to play, exercise and go for long walks with Asti. I also love to go cycling on my Mountain Bike. Rally Obedience is our favorite dog sport, but we also practice Hoopers, Tricks and Obedience.

My strengths: I believe my greatest strength is, that I am enriched with some amazing instructors and training buddies, who are always ready to help. I am almost always in a good mood, and I have the ability to see challenges and adversity from a positive angle. I hope that my positive approach rubs off in my way of being a dog handler.

My Dogs strengths: Asti has a lot of energy and is always in a good mood, she loves to play/ exercise and learn new things. One of her many strengths is, that she responds really well to both treats and toys. I just love her intense gaze when she does her best to understand what I want from her. Asti has many funny contrivances – in her company, it never gets boring. “Asti struggles every day to get me properly trained”

My dog Bailey is a German Pinscher who is almost 10 years old. We live, together with my husband and two more dogs, Silas and Luna, in the countryside in the South-West of Denmark. We both have regular jobs, and beside that, we have a dogtraining facility at our place.

My strenghts are that I am very good at observing and by that, changing small things to get new results. My German Pinschers have taught me to be creative and I am good at having fun with my dogs during training.

Baileys strenghts: If he should say so himself, it would be keeping me on my toes… He is a fast learner and he is extremely precise and follows my every move and cue. He is very focused and never pays attention to the surroundings – when we work, we work!

Our merits: Together we have been in the Danish Championship in both Obedience and Rally obedience, and Bailey is both Danish Obedience Champion and Danish Rally Obedience Champion. We have only participated in 14 Rally competitions, so we have much more to learn. 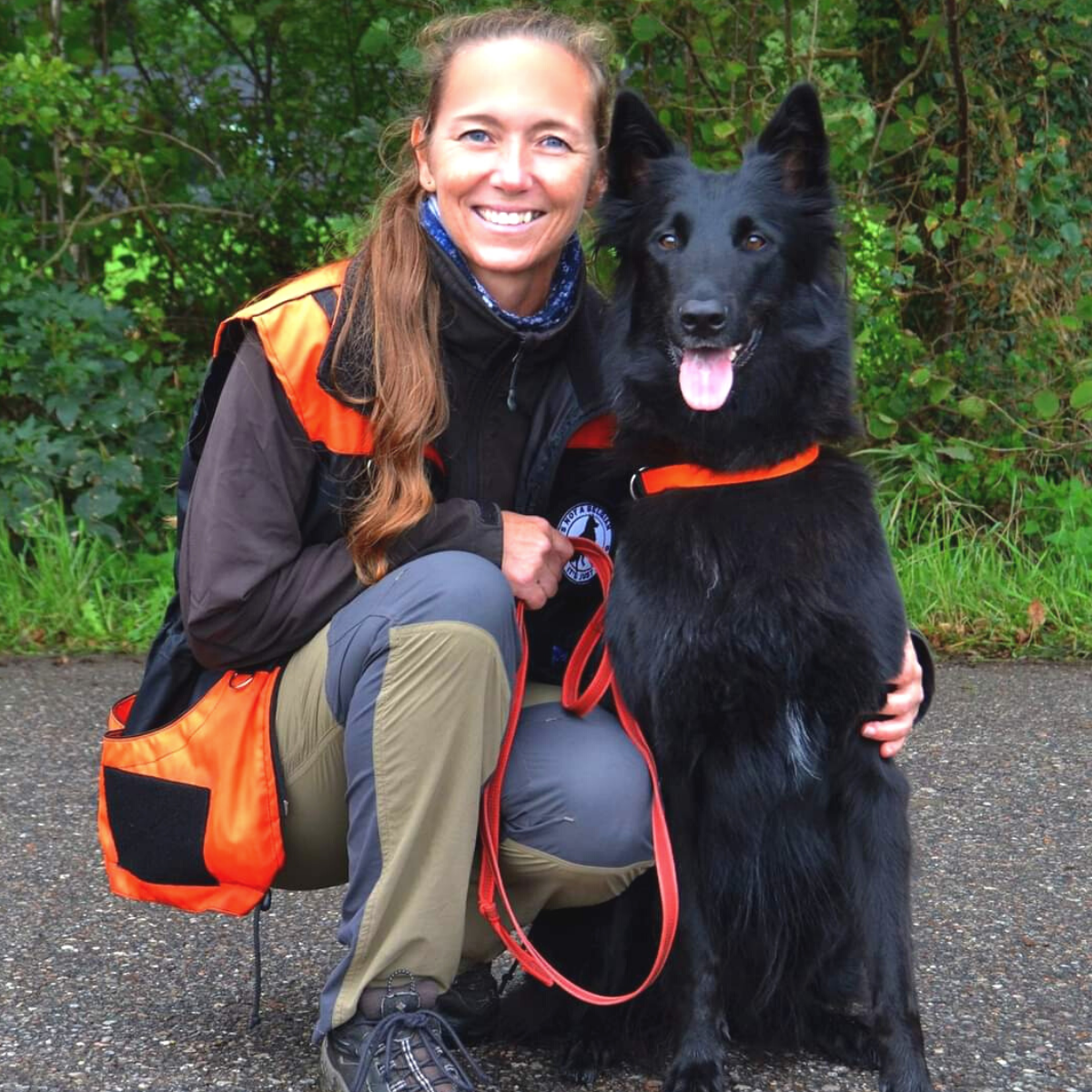 I live in Central Jutland with my two boys and our two dogs.  I currently have Deevee von der Nidderspitz, a Groenendael bitch from 2016, and Lann Morian Riva, a Tervueren bitch from 2021. Primarily, Deevee is a family dog, secondly, she is a sports dog and with me forms a team.  Together we train Rally obedience, Obedience and IGP. Deevee and I actively participate in trials and competitions in Rally obedience and Obedience.

My strengths: As an engineer I am detail oriented and I love to dive into developing and finetuning the various skills that is required to achieve the goals that I set.  When I become aware of my own limitations, I don´t hesitate to seek knowledge and solution, and I do not allow myself to be limited by the idea that there is only one way in which I can achieve my goals.

Deevee’s strengths: Deevees strength is that she has learned ”To learn”, this makes it relatively easy to teach her new exercises and behaviors. Furthermore Deevee has a good body awareness and can move and position herself very accurately.